Their challenge was to build an earthquake proof building on their 16” by 16” square foam base.  The buildings were judged on how much weight each could hold when placed on our earthquake-shaking-table. 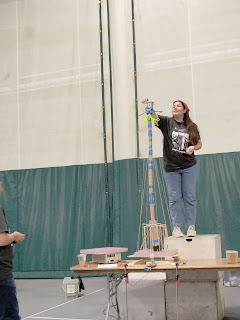 The scoring was based on how high up the weight was held without the building collapsing, the best of 3 weight trials.  The scoring was calculated with height squared times weight (measured in golf balls). 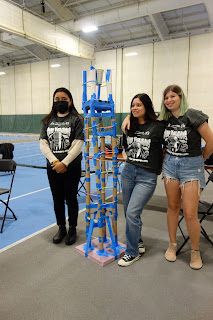 This year when the students arrived, the usual scrapheap pile was smaller than in past years — the long structural pieces of foam core or wood were removed to add to the challenge. 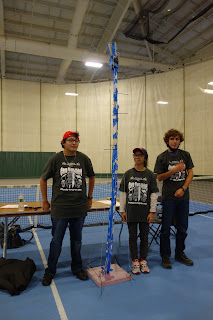 The buildings needed to be tall and so the students found their own way to use the materials to build strong tall structures.  The contestants were very busy, planning and trying different ideas and doing some testing on the shaker table. 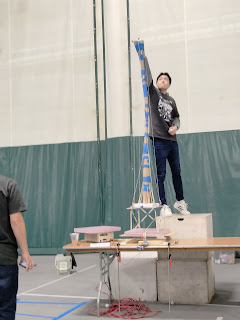 After two hours, it was time to test the skyscrapers on our shaker table designed by Adam and Richard! The final structures ranged from 57” to 97” tall and varied from holding no golf balls to ten when shaken for 30 seconds.  All structures survived at least 30 seconds on the shaker table, some held out longer than others. 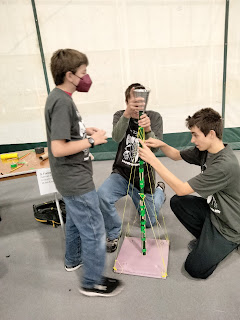 The first place team was “Return of the Crimson Quackateers” (Leo Chiu, Addie Chiu, and Yuvraj Rattan) with a score of 37,210 points for their 61” tall building that held 10 golf balls. 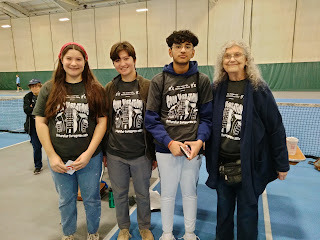 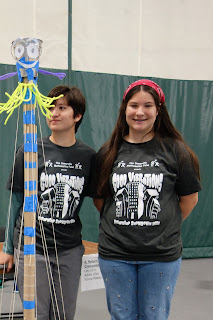 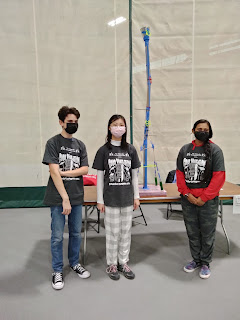 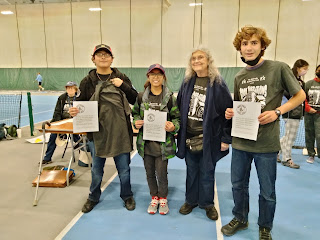 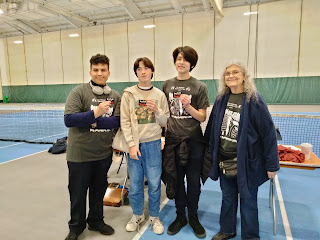 The teams chose their prizes in the order they finished.  The prizes donated were three sets of two tickets to the RedSox (donated by Sam Voolich) for a game in April 2023, three $100 Target gift cards (donated by Chase Duclos-Orsello), three RedBones $50 gift cards from RedBones BBQ and 3 gift cards from Anna’s Taqueria (donated by long term Somerville Math Fund supporters). 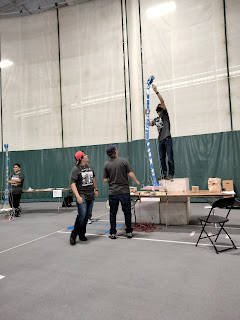 The other participating teams were the “No Name Team”  (Helena Easton, Ana Luna Maldonado Clougherty, and Evelyn Flores), 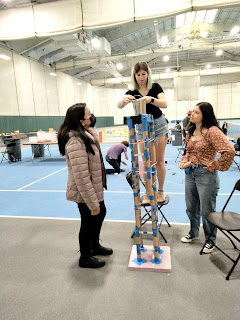 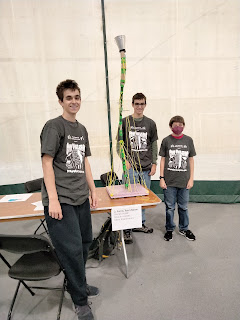 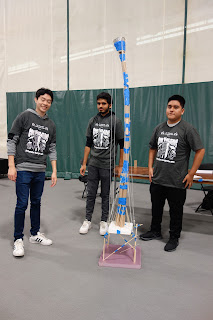 Designers and refiners of the challenge were members of the Somerville Math Fund Board: Sanford Bogage, Chase Duclos-Orsello, Adam Foster, Richard Graf, Dan Oshima, Jesse Stern, Erica Voolich, Susan Weiss along with Fred Bernardin joined as a volunteer.  Amy Weiss designed the teeshirt and Monica Fernandes designed the sponsor flyer; and Susan and Sanford designed the student recruiting and registration materials, and Sanford managed registration and the Google Classroom for this event. 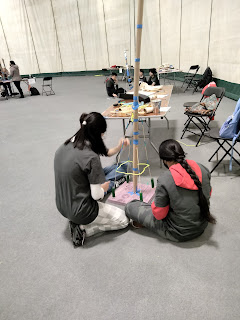 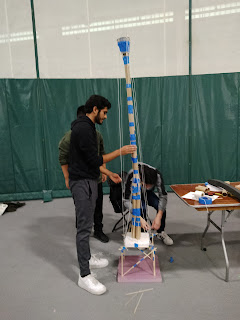 Again Tufts University was our wonderful host donating their gym space for a Sunday event.  It was so good to be back after a three year COVID hiatus. This was our 16th Scrapheap Showdown and Tufts has been our host for all of these events.

Thanks to our generous sponsors, this activity was both a fund raiser for a scholarship and three teacher grants, provided prizes for the students and allowed the students to participate without paying any registration fee.  Like in the Game Jams, this year we offered different levels of sponsorship for the event.  Thanks to all of our wonderful donors whose donations will make at least one scholarship available next spring and three teacher grants in January. 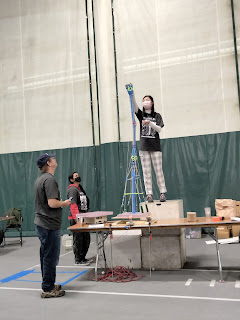 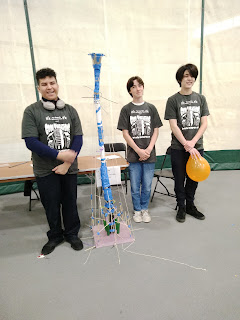 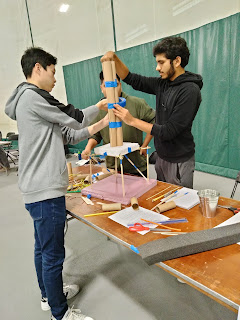 The Somerville Mathematics Fund was chartered in 2000 to celebrate and encourage mathematics achievement in Somerville.  On January 7th, we will be looking for teacher grant applications; and in April, we will be looking for scholarship applications.   For more information or to volunteer or to make a donation, call 617-666-0666, e-mail mathfund@gmail.com, or go to www.somervillemathematicsfund.org.

© Erica Dakin Voolich,  2022
The link to this page is:  https://somervillemathematics.blogspot.com/2022/10/scrapheap-showdown-good-vibrations.html
Posted by Erica at 3:42 PM