On October 25, 18 teams of 3 high school students each from Somerville gathered in Gantcher Gym at Tufts University to compete in the eleventh annual Scrapheap Showdown.  Along with the usual interesting “junk” in the center of the room when the students walked in, there was paper, lots of foam core, plus of string and tape.  The students were given their challenge: to build a machine that would sort “coins” from Roundlandia — spherical glass coins of different sizes, each into their own receptacle. 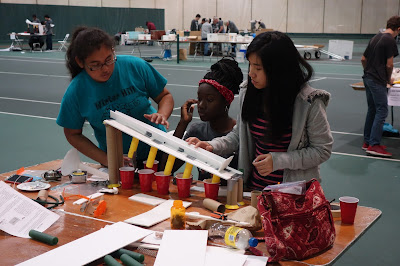 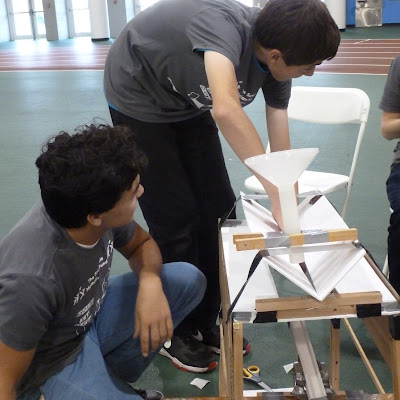 They needed to learn how to not only sort the glass spherical coins by size, but also, they needed to sort out counterfeit coins made of plastic or metal which were the same size as one of the legal coins. 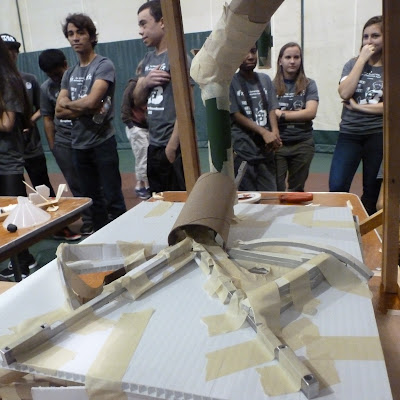 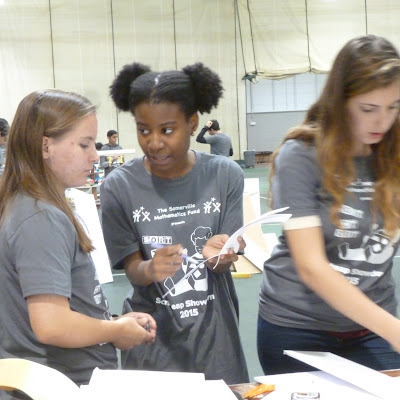 Time was called after 3 1/2 hours.  Now was the time for the competition.
The teams were judged on the number of correct coins in the right container, counterfeits elsewhere, with a bonus for being able to have the number of each coin displayed at the end and all the coins poured into the hopper together, not one at a time. 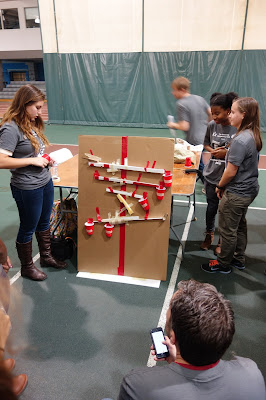 Each of the eighteen sorters were interesting and sported differences for sorting the coins by size.  A couple of them even had a “balance” to weigh and redirect the two different counterfeit coins, others separated out the metal “coins” using a magnet. 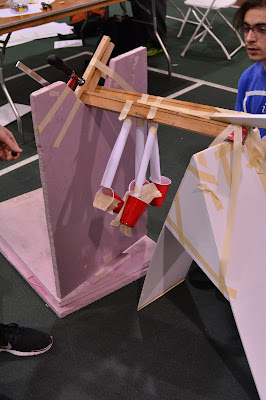 The students' sorters competed against each other.  The team with the highest overall score, was “3 Musketeers” (Pratrik Maharjan, Anmol Saini, and Henry Schneiderbeck ). 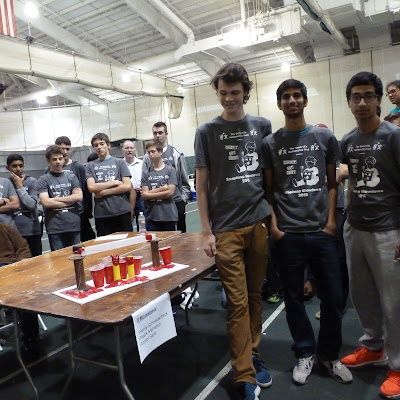 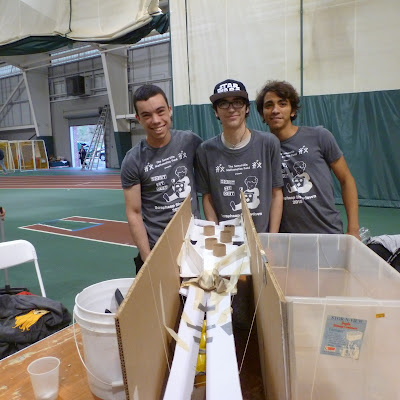 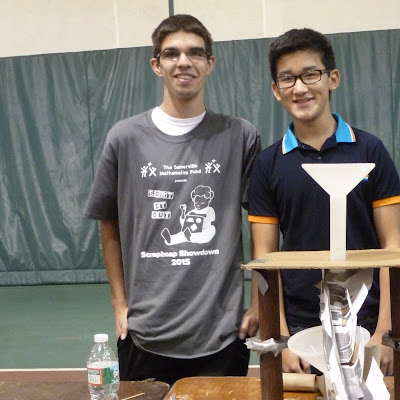 Fourth and fifth place had a tie score, and fourth was determined by shortest time to complete the sort.  Fourth place was "Rag Tek" (Anoush Khan, Gavin LaWhite and Daniel Strauss). 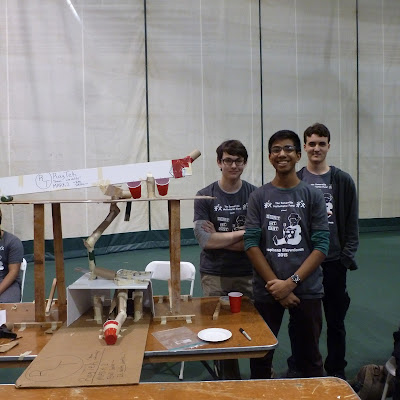 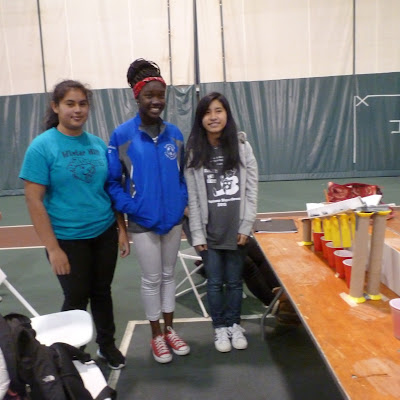 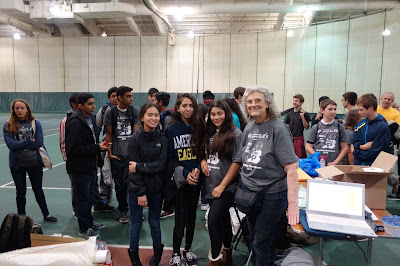 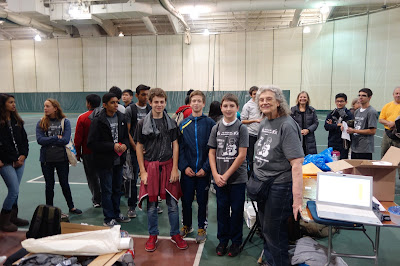 Eighth place was "e to the iπ" (David Matthews, Anmol Maini, and Richie Lavey). 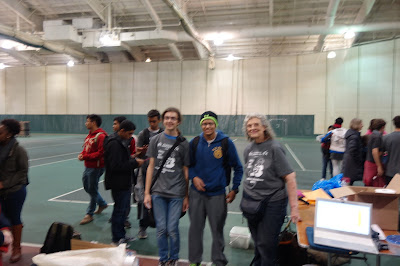 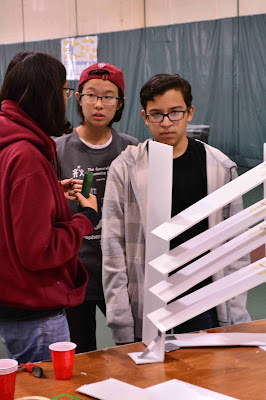 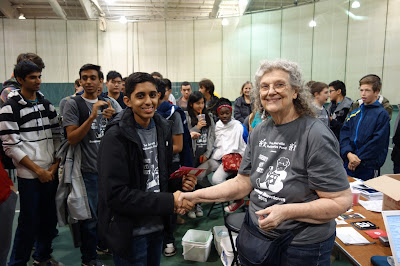 Christina Bissereth, one of the competitors, was documenting the day for the Somerville High School newspaper and she shared her photos of the event.   Other pictures the volunteers took are posted here.

All competitors and volunteers went home with Scrapheap Showdown teeshirts donated by Gerald and Debra Bickoff of Commercial Cleaning Service.

Sponsors of the event included Winter Hill Bank, RedBones BBQ, CliftonLarsonAllen LLP, Commercial Cleaning Service, Jay & Jasper, and our wonderful host, Tufts University.  Various members of the Board worked on all aspects of organizing the event and worked to make it a success along with community volunteers.

The link to this post is http://somervillemathematics.blogspot.com/2015/10/11th-annual-scrapheap-showdown-sort-it.html
© 2015, Erica Dakin Voolich