8th Annual Scrapheap Showdown-- Out on a Limb! Can you Cantilever? 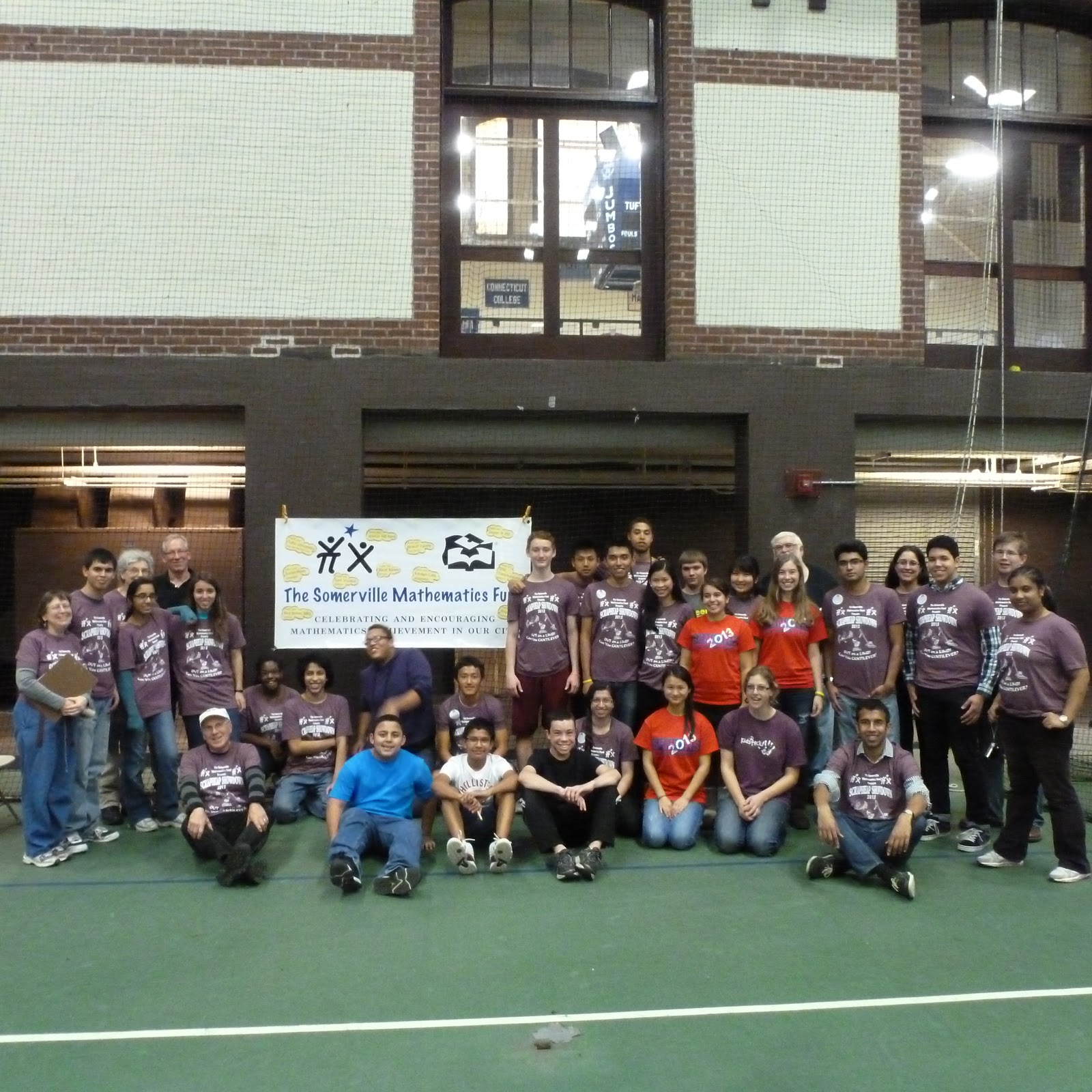 On October 28, 8 teams of 3 high school students each from Somerville gathered in “The Cage” at Cousens Gym at Tufts University to compete in the eighth annual Scrapheap Showdown.  Instead of the usual interesting “junk” in the center of the room when the students walked in, there were many pieces of paper, some foam core, lots of string and tape.  The students were given their challenge: to design and build a cantilever out of paper, tape and string.  They could use foam-core and clamps to build and attach the base to their table    The teams worked intensely, building, testing. 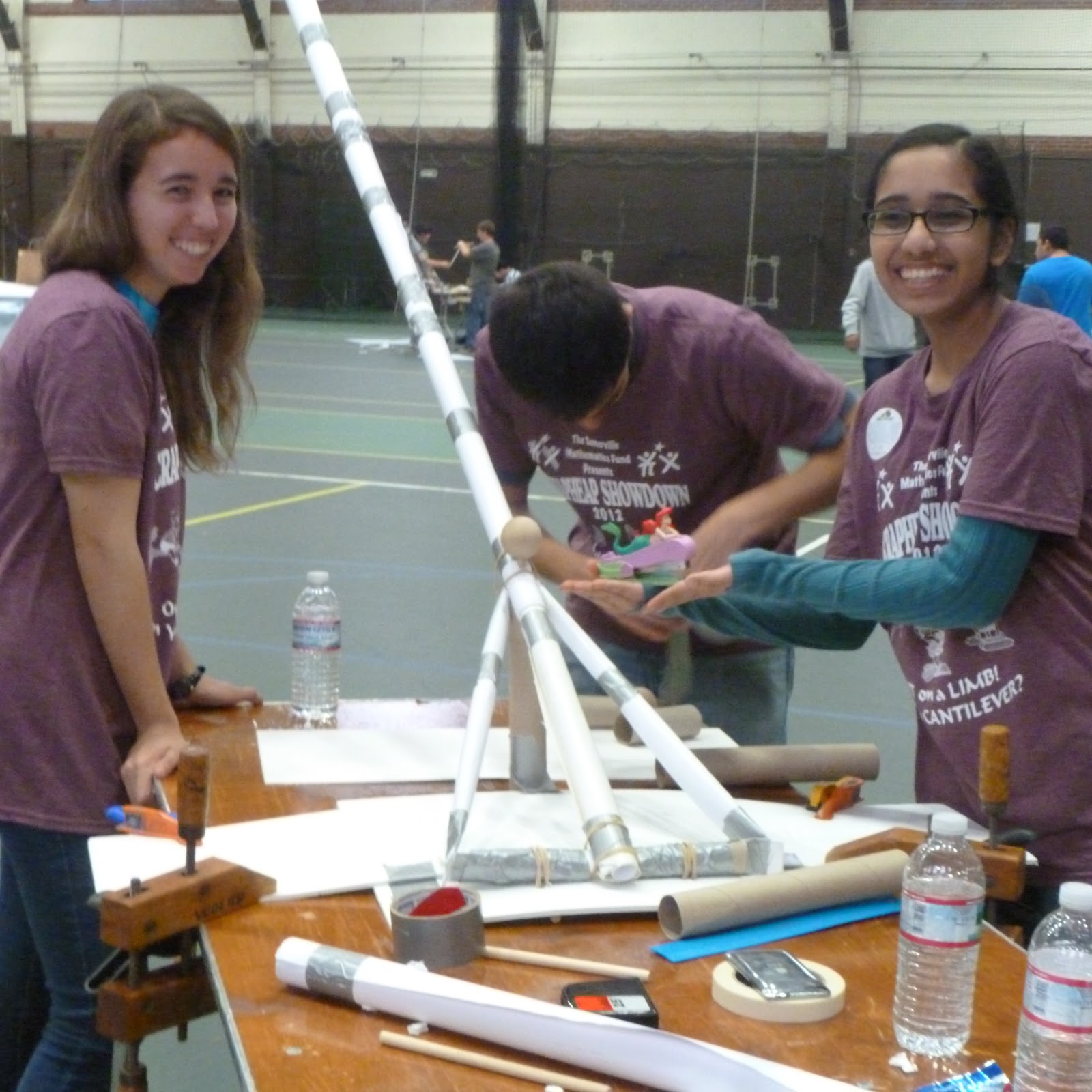 Time was called after three hours.  Now was the time for the competition.  Each team was judged by how well their cantilever could support weights at the end of the arm with minimal displacement.  There was a hook at the end of the cantilever where a bucket with weights was hung for the trials to determine the relative stiffness and strength.  They each had six trials, keeping the best score using this equation:

The students' cantilevers competed against each other.  The team with the highest overall score, was “Ace" (Flor Duarte, Emily Mei, Anthony Melchor-Montiel). 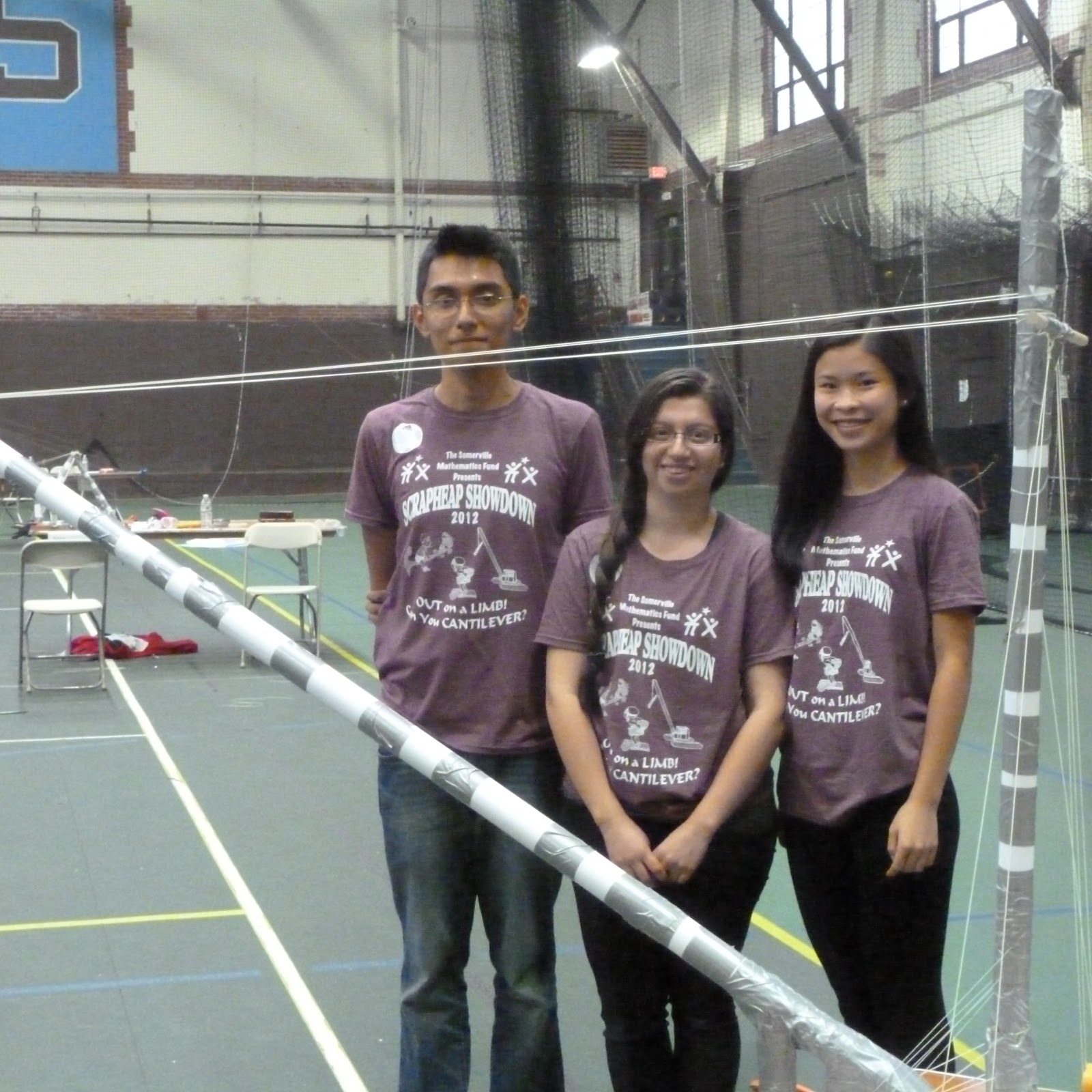 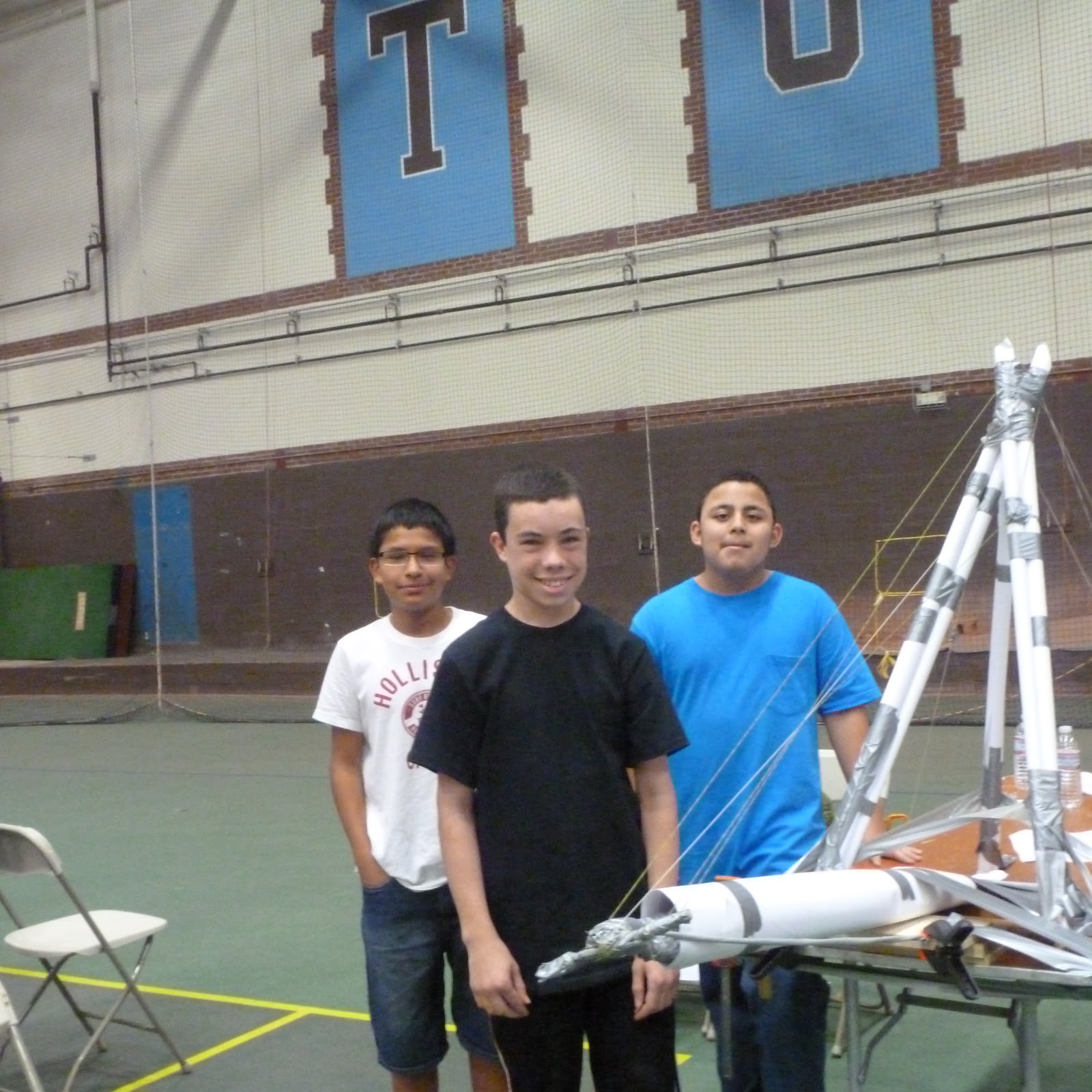 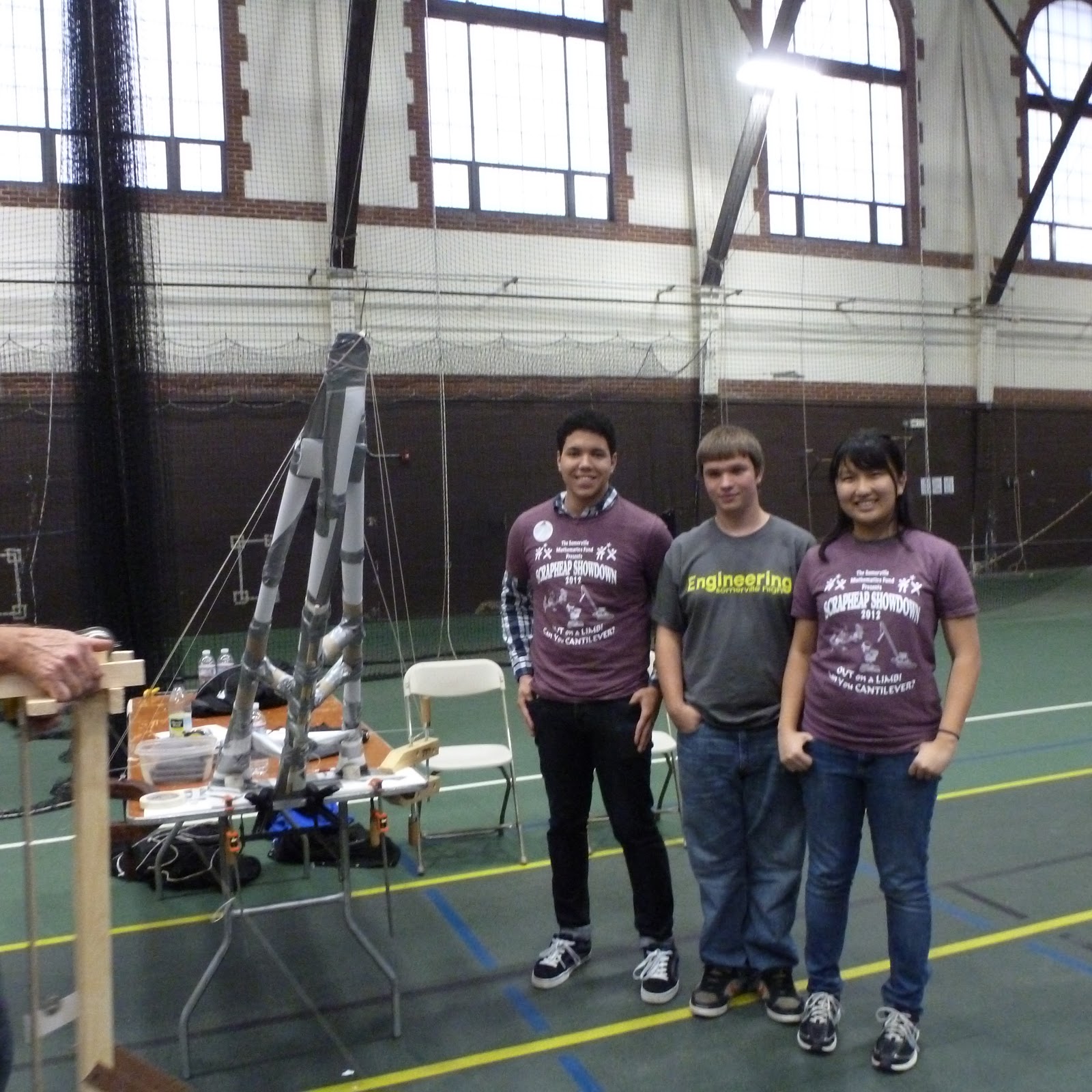 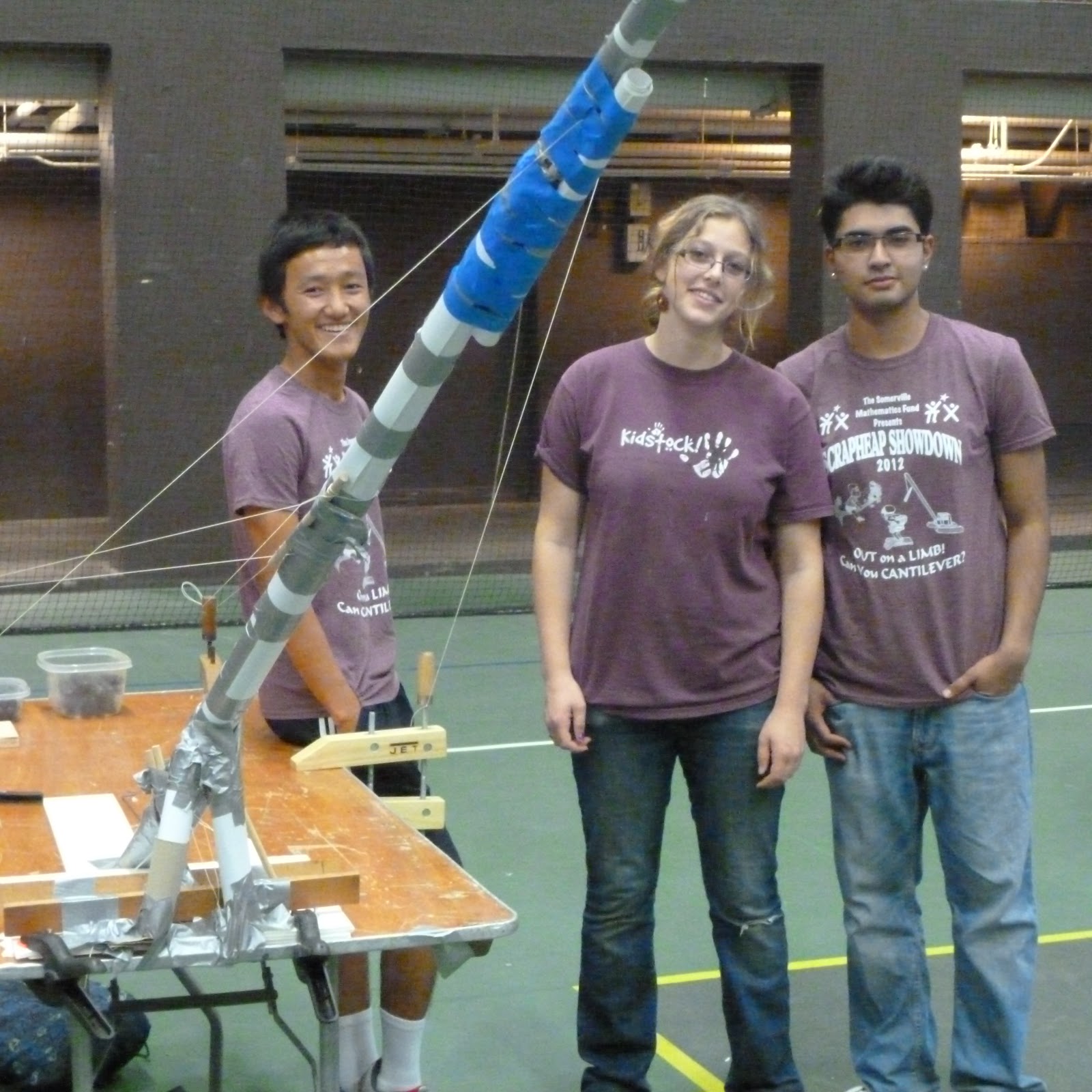 The teams could choose their prize in the order they finished.  The other teams that participated in the event were the LuCKY GeNiUSEs, and the Team Pandora, and the Misfits, and the Bubots. 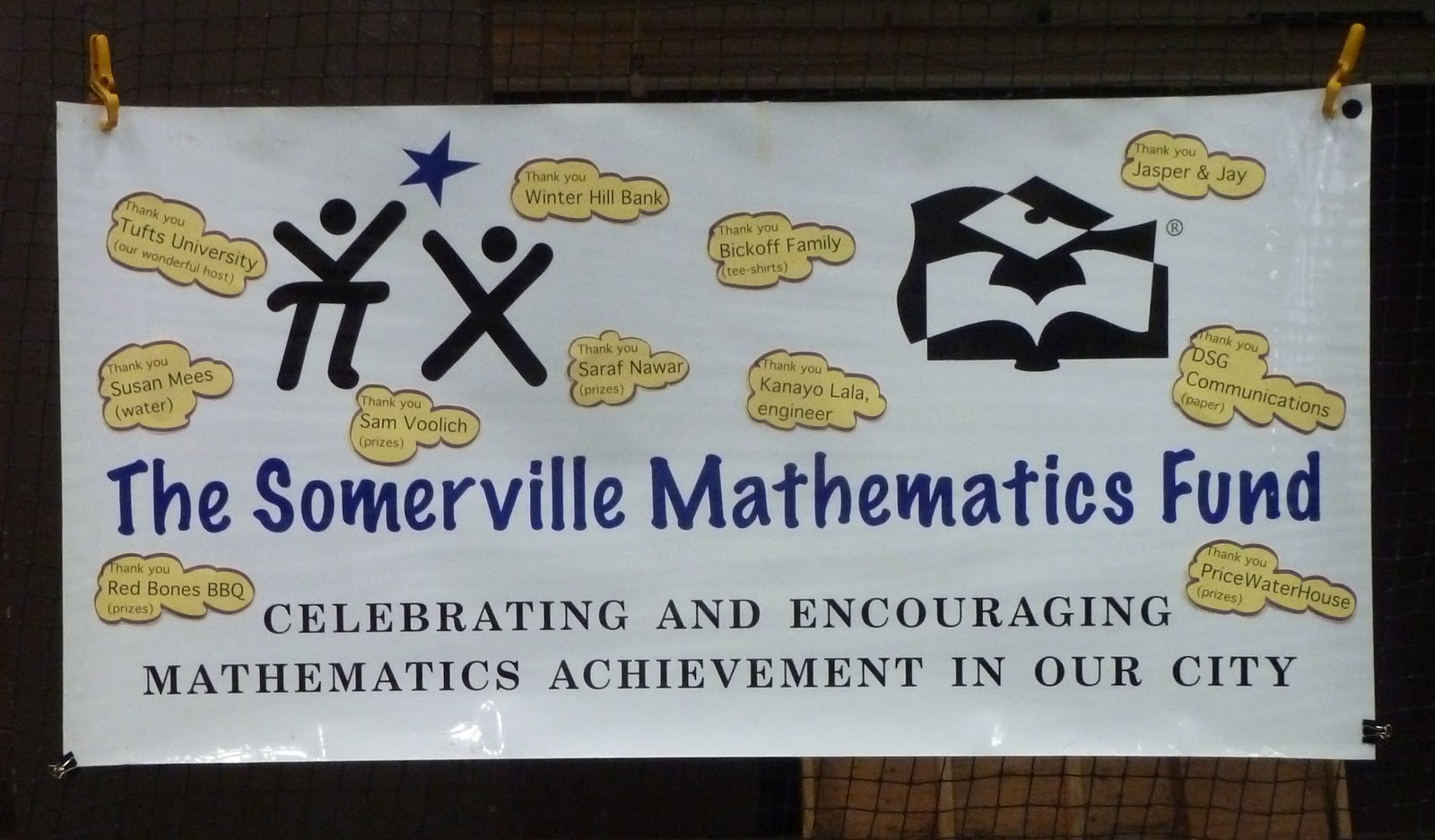 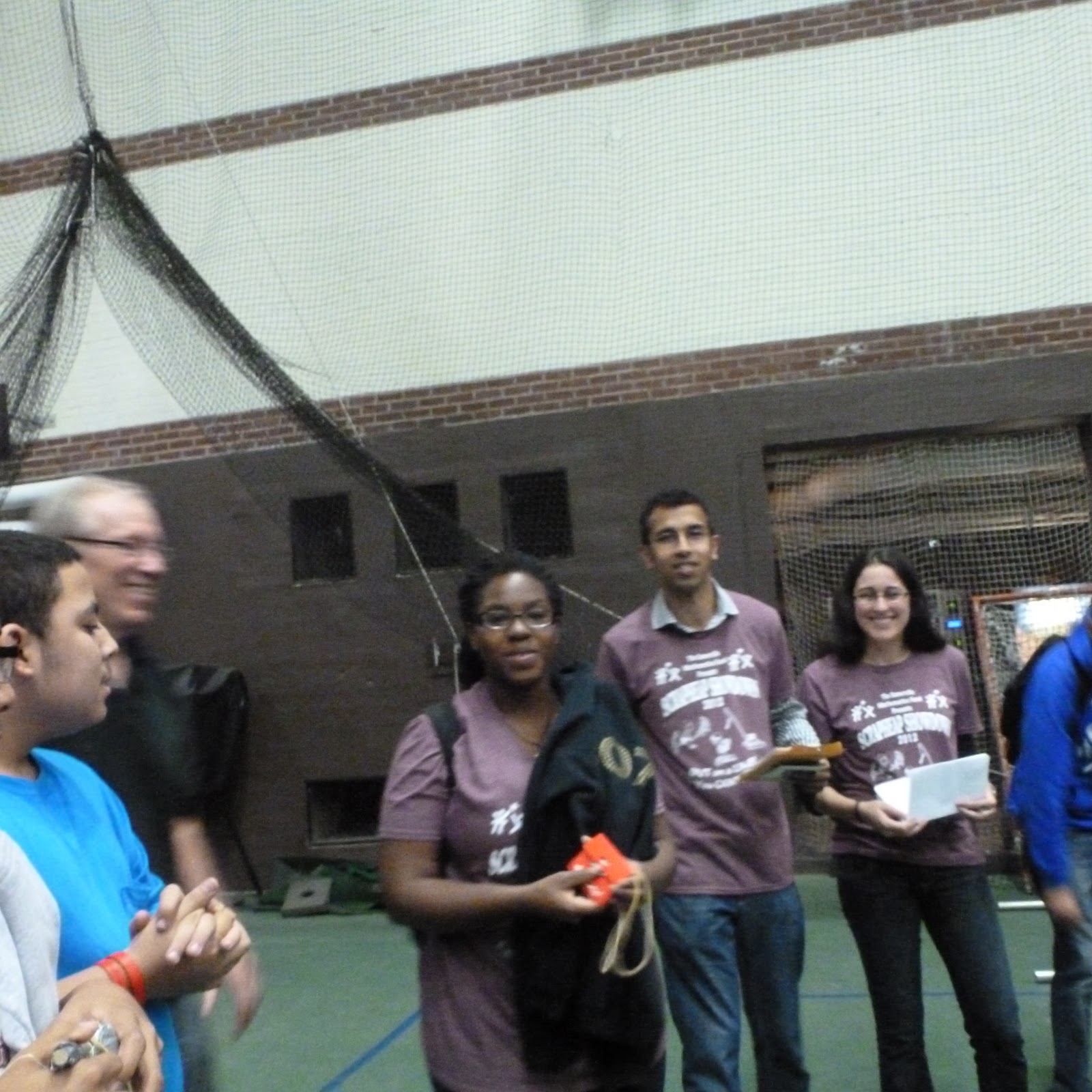 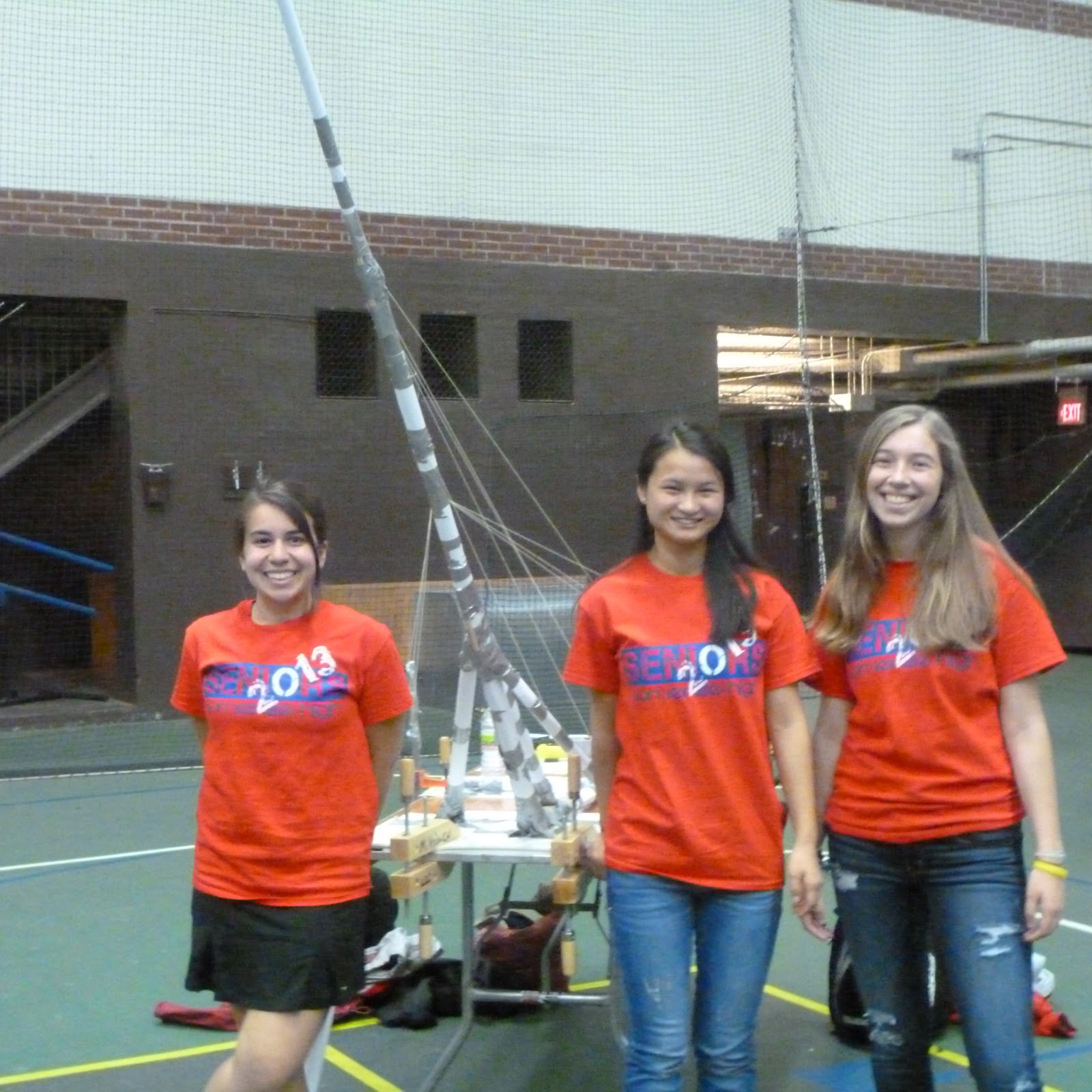 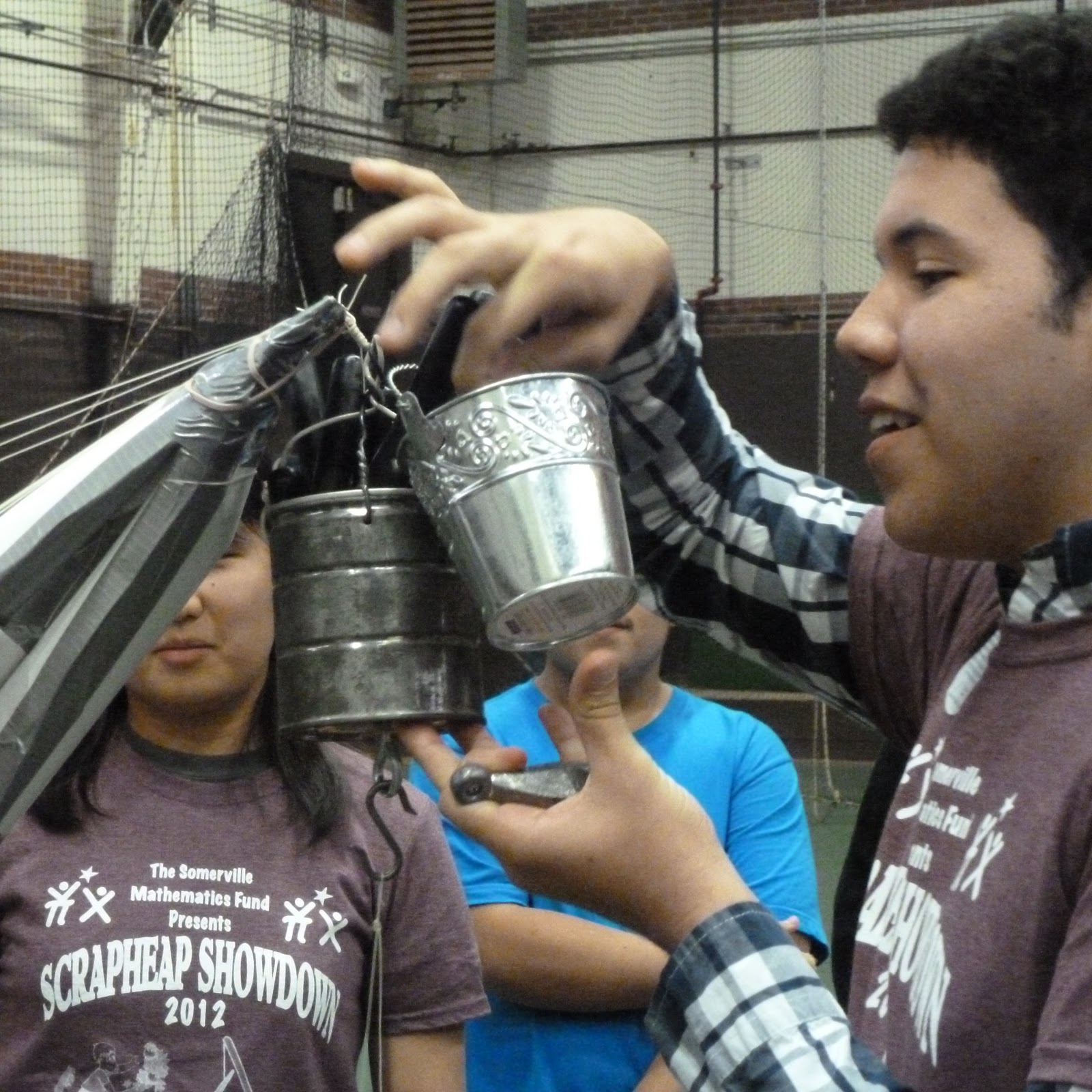 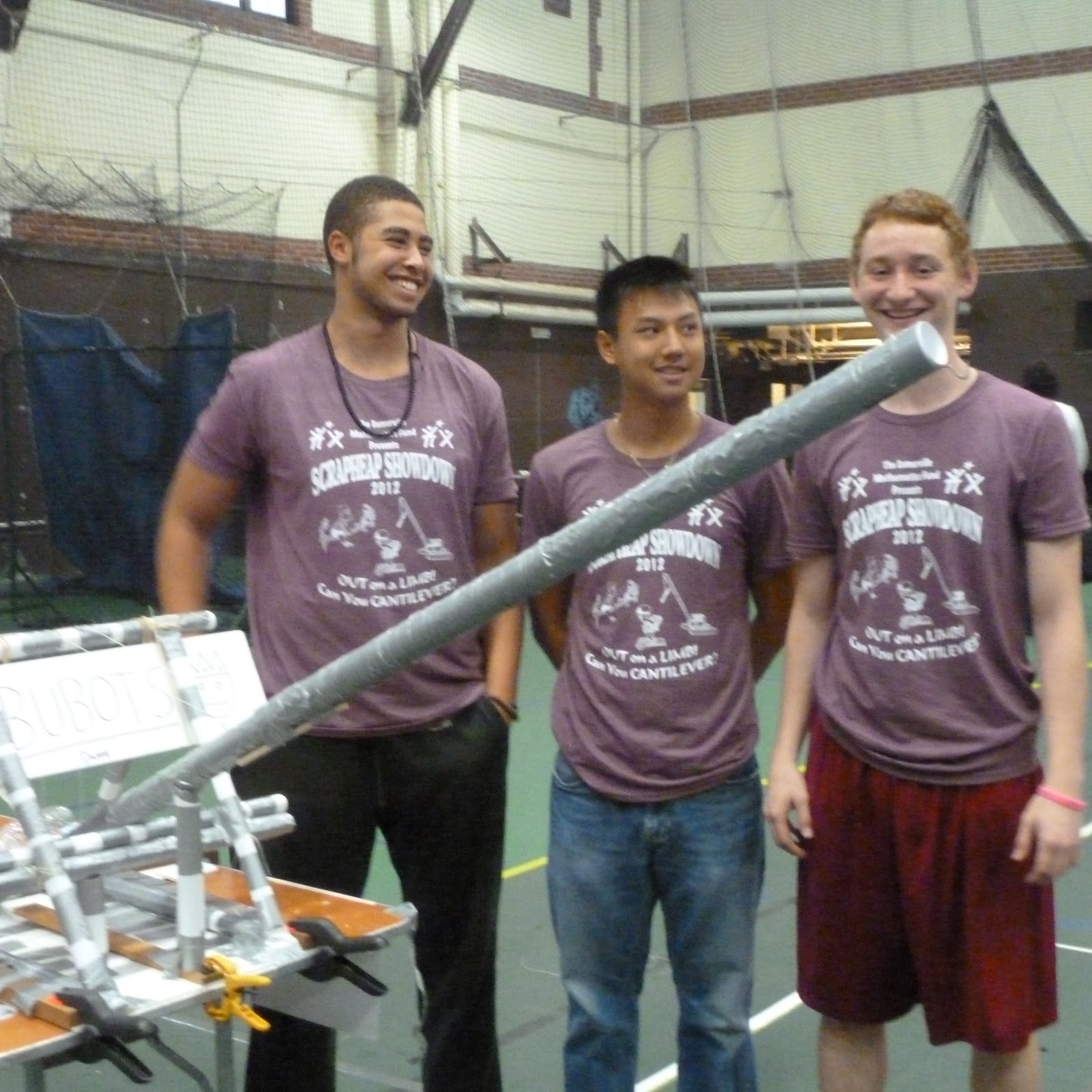 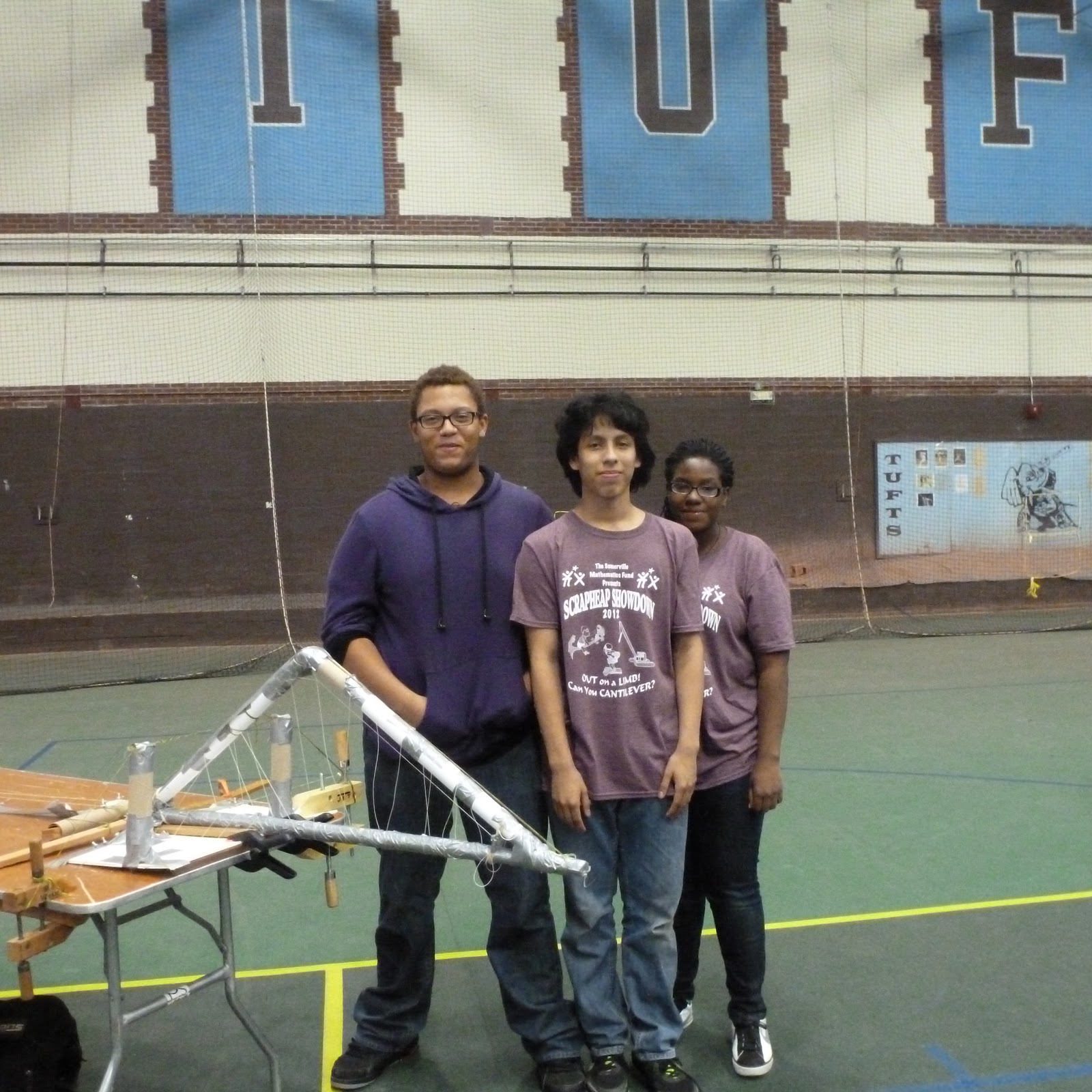 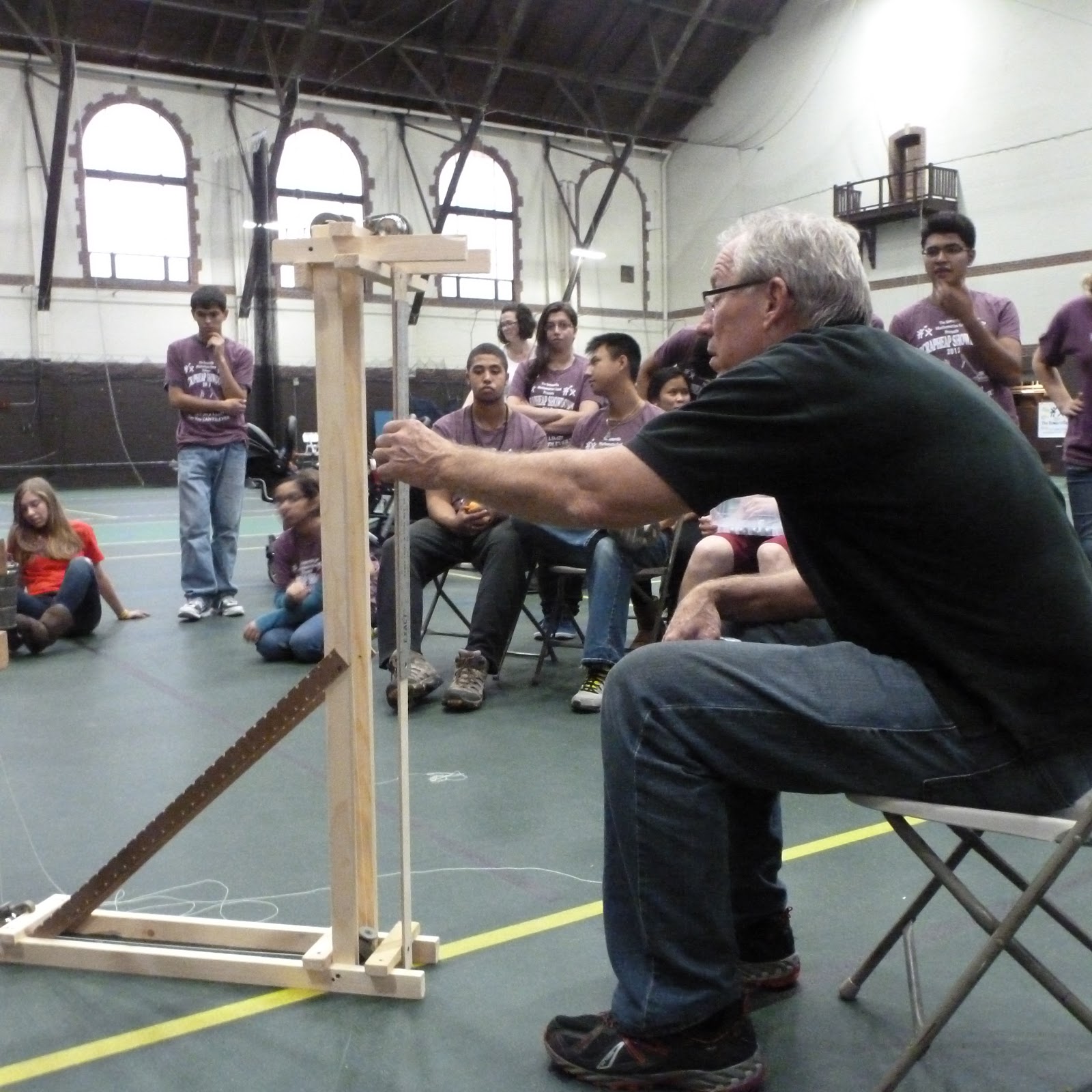