This year, all of our scholarship winners participated past Scrapheap Showdowns [the source of the pictures] and some also volunteered at Pi Nights and K-2 Math Nights.  All of these students were outstanding students at Somerville High School, challenging themselves with honors and AP math and science classes.

Zoe Blickenderfer wrote in her applications about her 7th and 8th grade math teacher at Unidos, Mr O'Keefe, who inspired her and left her with an affection for math.   Even though now at times math is her most challenging subject -- thanks to taking AP Calculus-- it is the one that amazes her with its concepts and ideas.  Her love of the subject along with that of science is reflected in her school work.  Zoe was a founding member of the Green Club at Somerville High School and is very interested in environmental science and food justice.  She was a member of the Llama Lords of Science Scrapheap Team which came in 2nd this past October.  The first thing she ever saved money for was a telescope.  It is not surprising that she is undecided about her major at U Penn, but her possibilities range from urban studies to astronomy and astrophysics.  Zoe received our Alice T Schafer memorial scholarship. 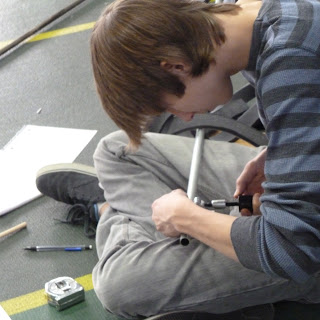 Nathaniel Dempkowski challenges himself academically beyond his Somerville High School classes by taking a BC Calculus class on Saturdays at MIT.  Nat has participated in multiple math and science competitions.  His science project made it to the State Science Fair two years in a row after working on it with mentors at Momenta Pharmaceuticals and then Biogen Idec.  Nat competes in monthly Science League competitions and was the overall top scorer in the New England Math League at Somerville High School.  He was on the winning Scrapheap Showdown team, two years in a row.  It isn't surprising that he plans on majoring in engineering at Northeastern University.  Amazingly he still finds time to run on the cross-country team. 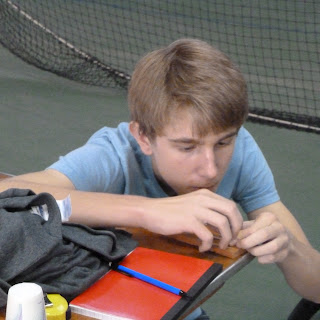 Along with his academic classes, Nathan Long was busy on various sports teams, the Science League team, and the band while in high school.  He took AP Calculus at MIT on the weekends.  As a junior he became interested in economics and investment theory and discovered a connection and application to the mathematics he had been learning.  He was on the winning Scrapheap Showdown team, two years in a row.  He is planning on majoring in economics at Tufts University. 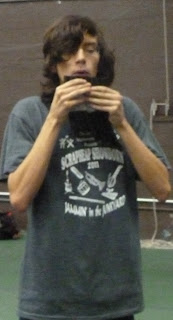 In addition to Felice Mancini competing in Science League events and various community activities outside school, he participated in the SERAPO Foreign Exchange Program with Gaeta, Italy.  Felice wrote about his experience working at Fire Escape Services listening to discussions about the design and construction of fire escapes which was clearly connected to his lifelong interest in how things work and how they are constructed.  It isn't surprising that he is planning on majoring in mechanical engineering at Worcester Polytechnic Institute.

Along with her school work, Michele Mei played in the band, started the Garden club, worked on the Green Club, participated in Science League competitions, and captained the tennis team. Over the summer she participated in Biogen Idec's biotechnology program for high school students.  Michele is planning on attending Tufts University in the fall. 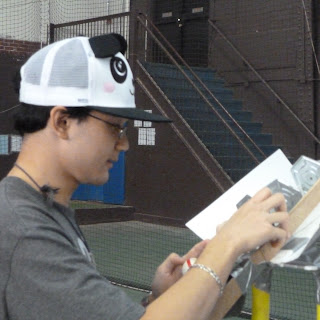 Yongkang Yu has volunteered for the Somerville Math Fund throughout high school along with participating in the Walk for Hungar for six years.  He particpated in school activities such as the Green Club, Art Club and Science League.  He was on the winning Scrapheap Showdown team, two years in a row.   He wrote about his discovery that he could program video games and of the pleasure and excitement he gets when he sees the result of all those lines of code.  It isn't surprising that he is planning on a major in computer programming and video game design at Northeastern University.
Yongkang received our Lt. Catherine Landers memorial scholarship.

Next April, The Somerville Mathematics Fund will be looking for applications for next  year's scholarships.  Applicants can already be in college or a senior in college when they apply; either way, they need to have lived in Somerville MA while in high school.  The scholarships are renewable for up to four years as long as the student maintains a B average and takes mathematics courses or classes which apply mathematics.

The Somerville Mathematics Fund is an all-volunteer 501(c)(3) charitable organization affiliated with Dollars for Scholars, Scholarship America.  The amount of scholarships awarded are based on the amount of money donated to support these scholarships.  You can contact us about volunteering or making a tax deductible donation.


The URL for this site is: http://somervillemathematics.blogspot.com/2012/06/meet-our-2012-scholarship-winners.html
© 2012 The Somerville Mathematics Fund
Posted by Erica at 2:39 PM No comments: