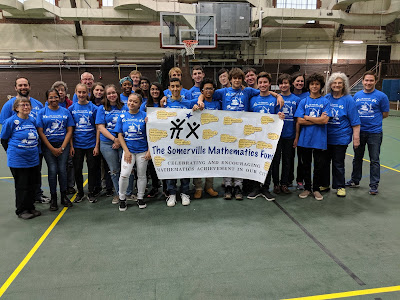 On October 27, 18 high school students on six teams gathered in “The Cage” in Cousens Gym at Tufts University to compete in the Somerville Mathematics Fund’s 15th annual Scrapheap Showdown.  Along with the usual interesting “junk” in the center of the room when the students walked in, there were also piles of foam core and paper.  The students were given their challenge: to design and build a crane on a base of MDF board. The teams worked intensely, designing, building, testing, reinforcing, and adjusting their cranes. 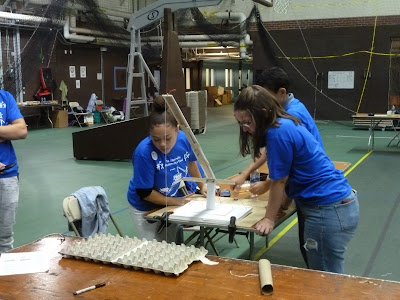 Time was called after 3 3/4 hours.  Now was the time for the two competitions. The first challenge was a precision test to retrieve objects from the “ship” on the floor and place these to various places on the tables (different locations were worth different points). 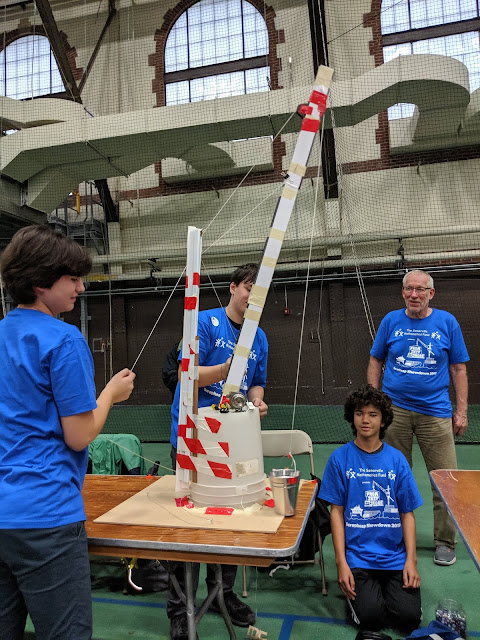 They had 3 minutes for this first challenge.  The second challenge was unloading bulk cargo: a strength and speed test.  They had to upload various objects (weights, marbles, coins) and the total was weighed after 2 minutes. 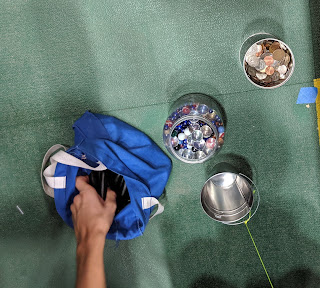 They had to be careful to not overload their bucket and break the crane arm.  The team that was able to raise the most, Euleroids, lifted a total of 16 pounds, 2 ounces. 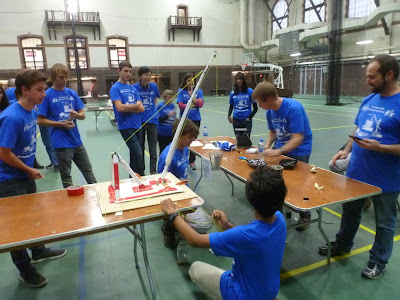 Teams were ranked in each event, one thru six, with 1 getting 1 point, etc.  So the winning team had the lowest final score. 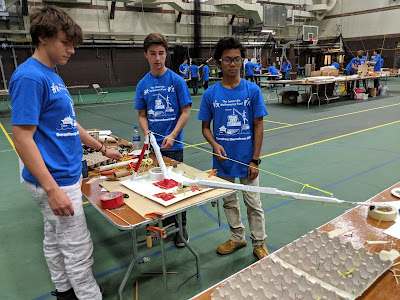 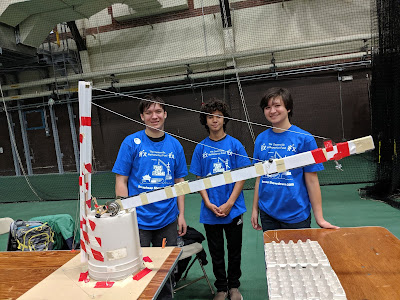 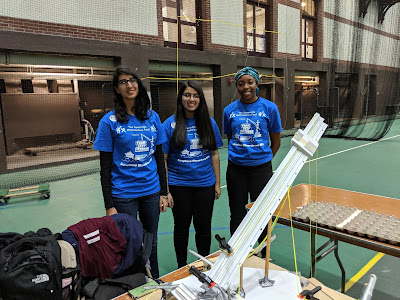 The fourth place team was "i i on the π π" (i’s on the pi’s) (Brian Jian Chan, Luca Duclos-Orsello, Timothy Labounko). 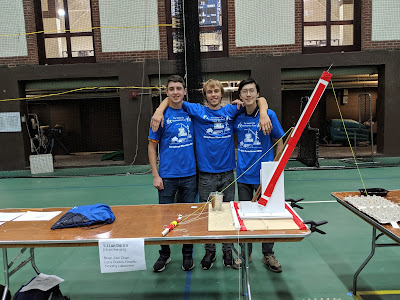 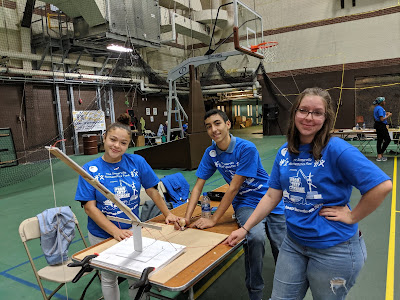 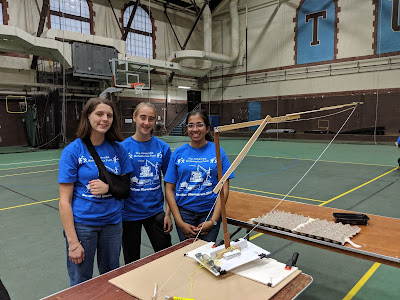 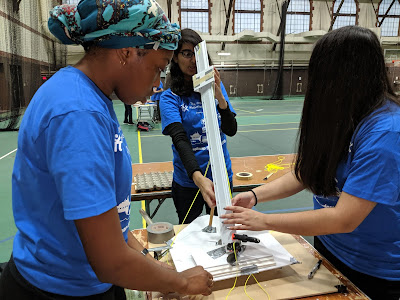 This event was for both fundraising and an intellectual challenge--all funds raised go towards a Somerville Mathematics Fund scholarship for an outstanding Somerville mathematics student. 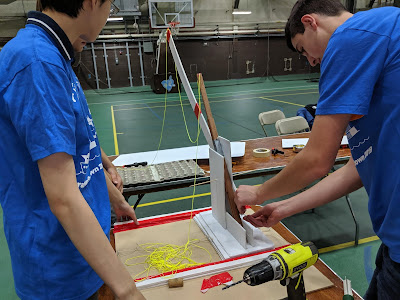 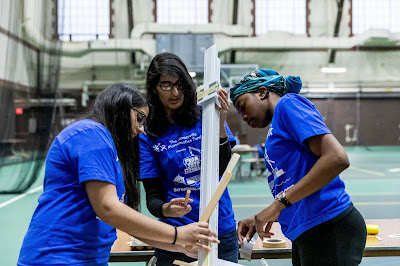 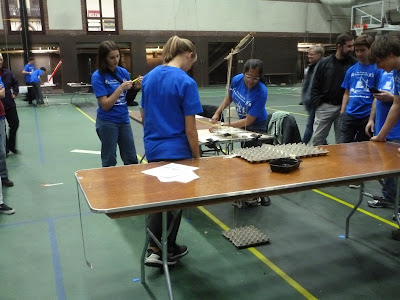 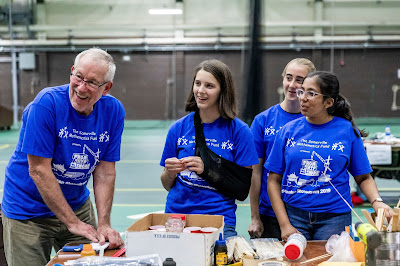 Suffolk University Catering provided the refreshments for the teams and volunteers.  Various members of the Board worked on all aspects of organizing the event and worked to make it a success along with community volunteer Scott Carlson. 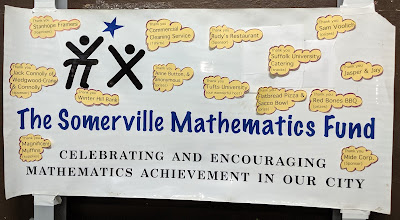 If these pictures aren't enough, here are some general pictures to enjoy.

©Somerville Math Fund 2019
The link to this post is https://somervillemathematics.blogspot.com/2019/10/scrapheap-showdown-2019-ship-to-shore.html